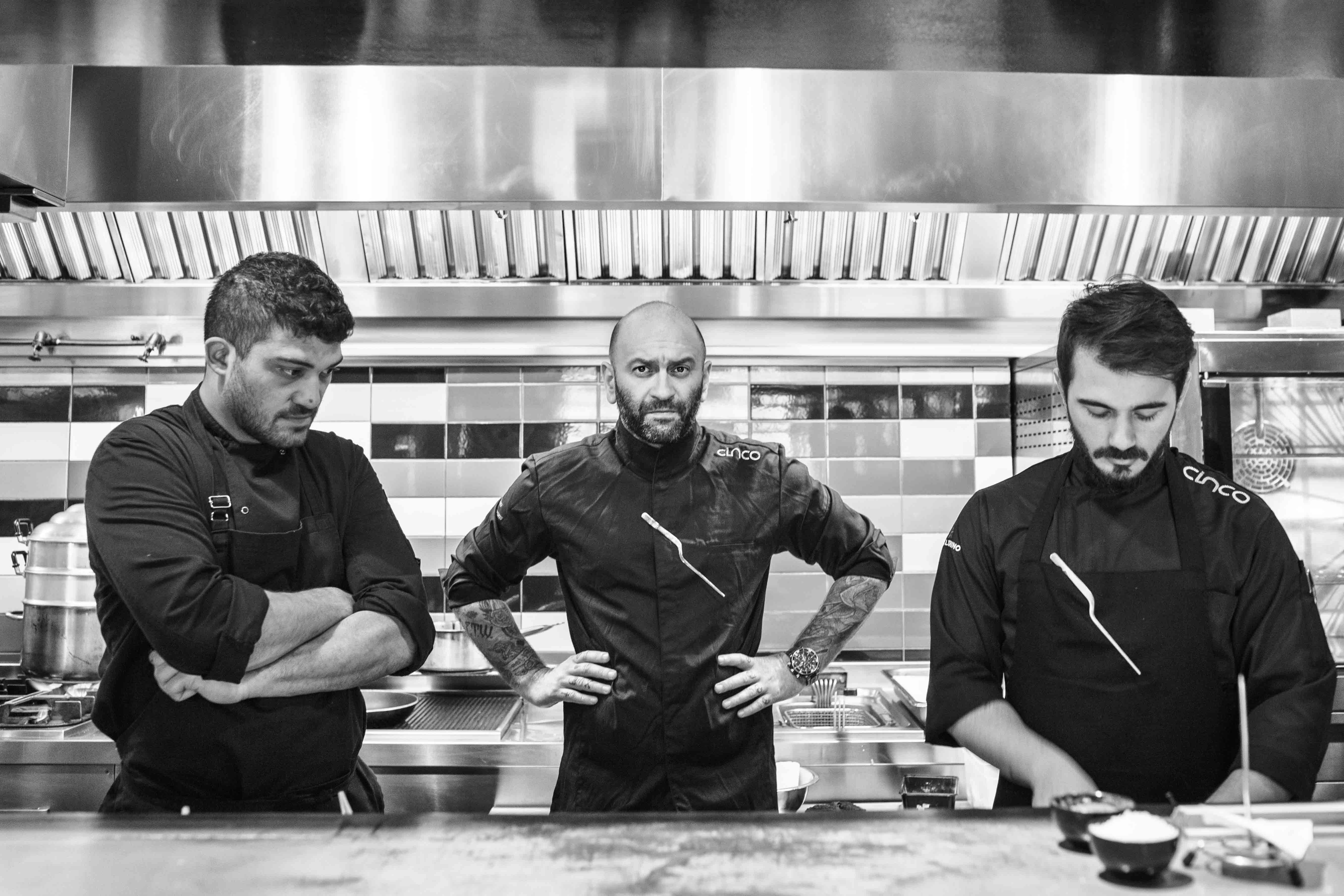 Studied culinary arts in 1996 in Athens, then working in several restaurants and hotels, the desire to explore other flavors and ingredients of the world with fin to make a global style of cooking with no borders, made him to travel first to canary islands the 2003 to work as a chef in a small Greek restaurant,

After two years in Spain he joined the team of el bulli the 2005 by then the best restaurant of the world he worked with Ferran Adria one year.

The 2006 after a small stop in Luxemburg  to consult a small luxury restaurant he travel to Paris and studied in le Notre escuel de cuisine there he formed into the basics of pastry then he went back to the island of Tenerife to open his first restaurant Alkimia, a small project with 4 tables and no waiters ,Dimitris behind the bar was making his alquimies with a quality plates ,serving and cleaning it, was one man show for a year, the second restaurant came up the year 2007 Siphon was open, Dimitris more solid created a Greek modern cuisine cooking with almost everything a la minute.

The 2010 had an offer to join the team of Albert Raurich ( ex-chef of el bulli) in the restaurant Dos Palillos a very innovating Asian tapas bar in the center of Barcelona with one Michelin star.

The chef coming back to Greece was leading the team of sea you up in the Sani marina resort the years 2011 and 2013 with a personal Japanese fusion cuisine.

The February of 2012 Dimitris in searching of new ingredients and knowledge  and continuing his forming went to Tokyo Japan in the Ryugin restaurant by then number 21 in the world rewarded with 2 Michelin stars ,

2013 Dimitris start a project in London with a friend chef a Greek tapas restaurant with a modern twist.

At 2014 the chef presents the Nikkei cuisine in Athens with base the Oozora restaurant .

actually Dimitris is the executive chef of Cinco restaurant in kolonaki  Athens, and he presents there the concept of jsp (Japan, Spain and Peru) an Avant Gard presentation of Nikkei cuisine mixed with Spanish and Greek influences.

HISTORY AND EVOLUTION OF A MEAL